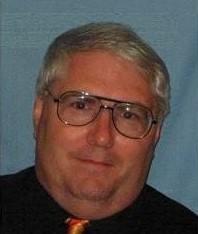 Dr. Huntley has been teaching at Sullivan University since 2006. While he has taught some management classes, his specialty is in Economics. He has 2 Masters degrees and a DBA with a concentration in Economics.

Prior to Sullivan, he has been an entrepreneur, running his own restaurant for 8 years. He was a partner in a computer startup. He served as COO for a computer re-manufacturer that employed several hundred employees in six states. He worked for the Federal govt and 3 Fortune 500 firms. He was an insurance fraud examiner in Los Angeles and a fire examiner in Tennessee, California, and Mississippi. He served as project manager for retail build-outs in five states.

Dr. Huntley is an artist and a member of Indiana Artisan. Indiana Artisan is the state sponsored organization to find and support the highest quality artists in the state of Indiana. He has a picture hanging in the US Capitol Building in Washington, DC and has had his art highlighted in 4 national magazines. He has been commissioned to do work for numerous firms including PBS, The National Civil Rights Museum in Memphis, TN, and Harley Davidson.

He has been a keyboard player and traveled with several well known bands.

He is still actively engaged in jail ministry and Christian ministries. He has written educational material for children’s programs and VBS skits used in churches all over the world.

He is in love with his wife and has 2 grown sons and a yellow lab named Jack.